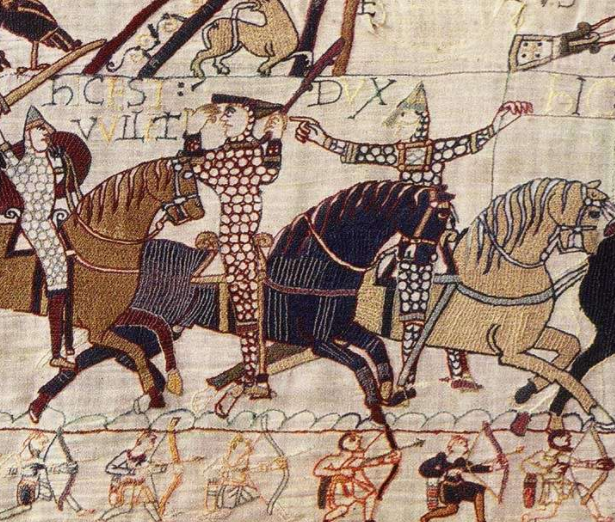 What was the Battle of Hastings?

The Battle of Hastings was a huge battle for the throne of England. It took place between King Harold of England and Duke William of Normandy. It took place about 7 miles outside of Hastings and lasted from about 9 o'clock in the morning until dusk. Thousands of people died, and by the end of the day, King Harold was dead and the Duke was victorious meaning he was even closer to the throne.

When was the Battle of Hastings?

The Battle of Hastings was fought on the 14th October in 1066.

How do we know about the Battle of Hastings?

There are lots of resources and evidence for many details of the battle and many of them are almost first-hand. One of the most famous is the Bayeux Tapestry - a giant tapestry that tells the story of the battle and shows many details of what happened at the end of the battle. Although it's thought to have been made by the Duke's half-brother and told from the Normans' point of view, it is by far the best evidence historians have found for what happened on that day.

Duke William was crowned the King of England on Christmas Day, 1066.

How do people celebrate the Battle of Hastings?

Every year on the weekend closest to the anniversary of the battle, re-enactments and festivities are held near the place the battle is thought to have happened.

The annual events attract historians, re-enactors and families from all over England and Europe. People dress up in traditional medieval outfits and there are demonstrations, combat lessons and falconry displays for people to enjoy.