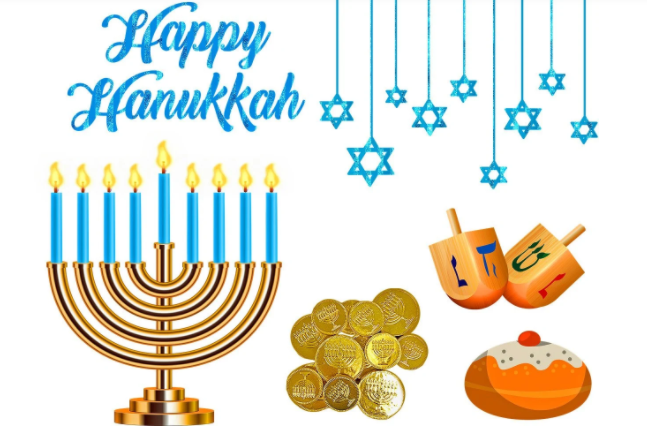 Hanukkah, also called the Festival of Lights, is an eight-day long Jewish festival beginning on the 25th day of Kislev on the Hebrew Calendar (usually from late November to late December). Sometimes called Chanukah, the word Hannukah means 'rededication' and refers to the Jewish miracle of the fight against the Greeks over 2,000 years ago.

What is the story of Hanukkah?

The festival reminds Jews of a time over 2,000 years ago when they won their battle against the Greeks to practise their religion freely. The Greeks had banned all Jewish rituals.  A small group of Jews called the Maccabees fought against this and, after a three-year war, they won. However, their Jewish temple had been destroyed. They cleaned and repaired the temple. Then, to celebrate the victory, an oil lamp was lit in it. Although there was only enough oil to burn the candle for one day, it miraculously burned for eight days. This is why the Hanukkah festival lasts for eight days and why light is a focus of the celebration.

On each night of Hanukkah, one of the eight candles on 'Menorah' is lit until all candles are burning on the eighth night. This symbolizes the candle oil that was meant to only last one day but lasted a whole eight. These lamps or candles are placed in windows to remind those who are walking by of the miracle. The dreidel game is another common tradition. This spinning top has four sides, each with a different symbol. In modern times, gifts and money are given to children. Presents are often exchanged on the last night of Hannukah.

What are some traditional Hanukkah foods?