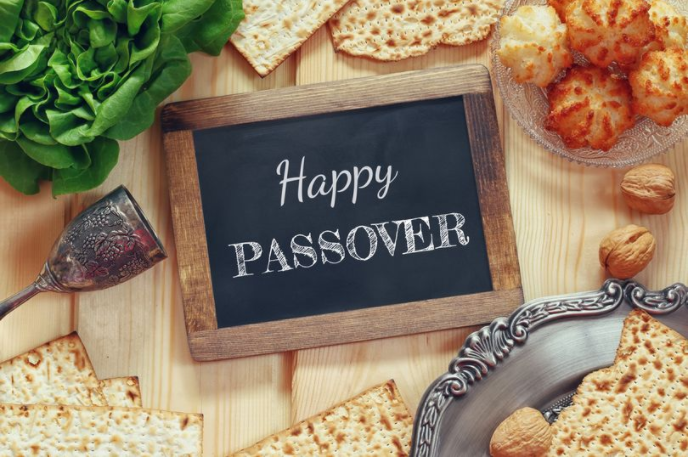 Passover is an important Jewish festival, known as Pesach in Hebrew. It's the celebration of the story of Exodus where Jews commemorate the freedom of the Israelites from slavery in Ancient Egypt. Moses, an important figure in the Jewish faith, led them to freedom over 3000 years ago.

Passover is an 8-day festival and is celebrated in spring.

How is Passover Celebrated?

Passover is celebrated as a big family celebration. In the evening before Passover begins, there's a special service called Seder (Order) which takes place over a meal with family and friends. A Seder plate is placed on a table which is an important part of the meal. The plate has five sections which hold significant foods on. During the meal, everyone reads a passage of the story of Exodus from the book called Haggadah. Everyone at Seder has a cushion to lean on which symbolises their freedom.

The highlight of Passover is the Seder. It's celebrated for two days and is a 15-step family-oriented tradition.

The focal points of the Seder plate are:

Fresh Green Vegetables - These symbolise the freshness of spring.

Bitter Herbs - These remind people of the bitterness of slavery.

Lamb - This symbolises offerings made to God.

Saltwater - This symbolises the tears and sweat of enslavement.

Charoset (a mixture of apples, spices, nuts and wine) - This represents the mortar used by the Israelites when they were forced to make bricks.

Matzah (three pieces of bread that are flat) - The middle Matzah is broken and the largest piece is hidden. Children are given the task to hunt for the hidden piece.