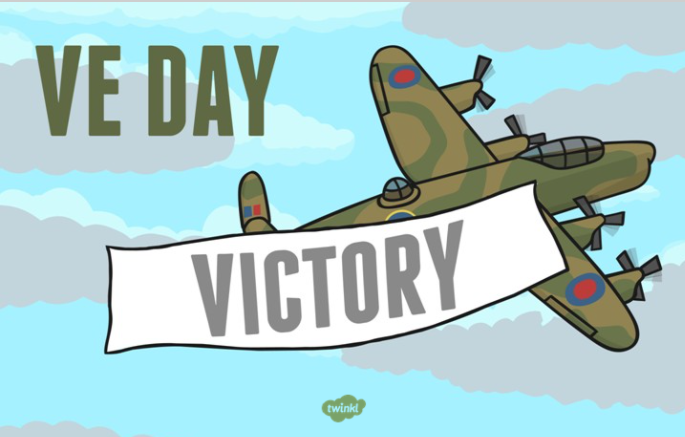 Victory in Europe Day - also known as VE Day - celebrates the Allied Forces accepting the Nazi’s unconditional surrender from World War 2. The final document was signed on 8 May 1945. Today, countries throughout the world celebrate VE Day annually, on either 8 or 9 May.

There were street parties and parades throughout the Western world - especially in the UK and the USA. More than a million people took to the streets in Great Britain, with the greatest crowds in London. The day was declared a national holiday with pubs opening late.

The war was not fully over, however, as Japan had still yet to surrender (they would do so on 2 September 1945). Both Churchill (leader of GB) and Truman (leader of USA) echoed this fact in their broadcasts, citing the event as “a victory only half won”.

For lots of people, the day was a solemn affair. Throughout Europe, wives had lost husbands and families had been torn apart by the war. VE Day was a chance to grieve and reflect.

Still, for many people of both nations, VE Day signalled an end. It gave them a glimpse of a future that was not entirely governed by a global war. And for the families who were lucky enough to be reunited with loved ones, it was a day worth celebrating.

How do we celebrate VE Day today?

Celebrations and remembrances services vary from place to place. In the UK, we generally celebrate VE Day with a 2-minute silence at 3 pm. It gives us a chance to remember the sacrifice made by those who lost their lives and to reflect on the unimaginable pain and suffering caused by the war. And it’s for this reason that VE Day is still important today.