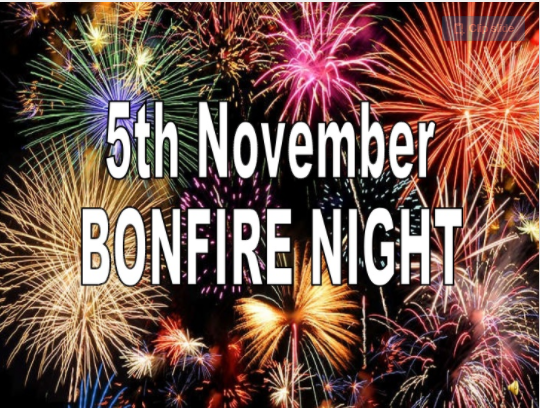 One of the most widely celebrated events in the UK, Bonfire Night is celebrated every year on the 5th of November. It is also known as Guy Fawkes Day and Firework Night.

What is the History of Bonfire Night?

Every year, Bonfire Night commemorates the prevention of the Gunpowder Plot, which occurred on 5th November 1605. On this day, James I, the Protestant King was almost killed by a group of Catholic enemies. They planned to blow up the Houses of Parliament in London, where the King and his government were. While this Catholic group was lead by Robert Catesby, it was another man called Guy Fawkes that was caught in the cellar. Here he was found with over 30 barrels of deadly gunpowder. This is why Bonfire Night is often called Guy Fawkes Night. To celebrate his survival of the attack, King James I created this event. Referencing to Guy Fawkes, straw dummies were hung up and burnt. It’s believed James I did this to reemphasize his power: nobody could get away with hurting the King.

For their act of treason, all of the plotting group were imprisoned and were ordered for execution. However, before he could be hung, Guy Fawkes broke his neck and died in 1606.

How is Bonfire Night celebrated?

When originating from British history, Bonfire Night is very much a UK-based event. All over the UK on November 5th, people gather outside and have a bonfire. Fireworks and sparklers are often lit for celebration. Traditionally, people often light an effigy referencing to Guy Fawkes and the night when King James I made his demonstration. The effigy is usually made of old clothes stuffed with straw. Some people even dress this effigy in a tall black hat, as it’s believed that Guy Fawkes was wearing this when he was caught. Common food eaten includes toffee apples for children, jacket potatoes and Parkin. The latter is a traditional English cake, which has a sticky texture and is made of treacle, ginger and oatmeal. Marshmallows are often toasted on the fire.

When lighting the effigy and throughout the event, people often sing the traditional Bonfire Night rhyme. The first verse is as follows;