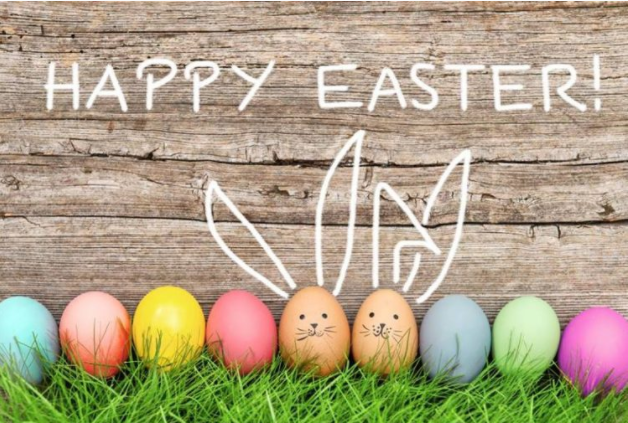 Easter Sunday is celebrated on a Sunday. The date varies year on year but typically falls between 22nd March and 25th April.

The Christian Story of Easter - During Jesus’ life on Earth, he was admired by many people as he told them stories that they hadn’t heard before. The people in charge were jealous and angry with Jesus and they wanted to punish him. They pinned him to a cross on top of a hill in Jerusalem where he was crucified. Before this, Jesus forgave the people who were killing him. This day is known as Good Friday.

Jesus’ friends, family and admirers wanted to give Jesus a proper burial so they wrapped him up in white cloth to preserve his body and put him in a tomb. A woman called Mary Magdalene witness the burial and returned to the tomb on Sunday morning, however, the tomb was empty. An angel appeared and shouted, “ Jesus isn’t here, he has risen, he is alive again!”.

A figure appeared next to Mary and as he stepped into the sunlight, she realised it was Jesus. He asked her to tell his disciples and friends that he had risen from the dead.

This is the celebration of Easter Sunday.

How is Easter Sunday Celebrated?

Easter Sunday is an important day for Christians as it is the day that Jesus died and was resurrected. A typical celebration takes place in a church which is filled with candles that represent Jesus as the light of the world and also flowers, which symbolise a new life. As well as these celebrations, commercially, the UK celebrate Easter Sunday with chocolate Easter eggs and the Easter bunny.